What These Poems Are

These are poems from when I walked about Shanghai and thought about the meaning of the Holocaust. Why did I think about the meaning of the Holocaust? That is answered by what brought me to China in the first place. What brought me to China? Only the encounter with the plain reality that in the West the Nazis really won, under a hundred different names. Theirs was not a unitary thought. Gathering my own thoughts in a unity, I came to the conclusion that it does not matter if they won or not. No evil had been done except if we forget the evil. Why do we forget the evil? Because if I forget the evil which is at the roots of my life, it is easier to think that the temporary pleasures and worries that my life is filled with, are important. So that I can go and love myself, and not like other people, under a hundred different names, forgetting the simple meaning of the one name I was born with: Human. To be human is to have inherited the Holocaust; and to pretend this does not matter, is to prefer the inheritance of something other than humanity to be my innate name. But in truth, this cannot be explained, only understood. So I do not know what need there could be for writing many words. I agree with the most fat and jolly Rabbis: it is incumbent on us to rejoice, not in the spite of evil, but because evil is also in the world, and that is good, and very good that it should be this way. To remember the reality of evil, and to rejoice that all things should be so, is the true meaning of being Jewish; and that we Jews are those who do remember, and who would feel cheated if we had to live in a glass world as smooth and perfect as a bubble, is the reason why the Jews will go on in this world, and never disappear as long as it will stand. Who is this book addressed to, then? All those who have been confused in youth by the plurality of being and the unity of truth. It is my wish that this might be a guide along the way.

Sincerely and truly,
I.

"Thoughts at an intersection in Minhang"

The cup’s reflection shows in the glass door
my glasses are becoming useless;
the Suzhou River keeps on flowing:
and that is all there is to that.

I have a fear my three baked sweet potatoes
you will attribute to my acting strangely
and speaking strangely all my poetry
and that is all there is to that.

Only one thing not good about the poetry of Ezra Pound:
the learned author is a Fascist bag of scum.
That was the Lord’s last editorial decision
for the Sun Times before God left the States for good
for Shanghai, China. Why Shanghai? Because
this is the only city in the world
which took in Jewish refugees
on real, legitimate, respected visas even in the face
of the plain fact of occupation by the Japanese
who somehow did not have the face,
having the city in their hand, to kill the refugees
who came on visa from the last Confucian scholar-bureaucrat,
the famous special envoy to Berlin,
in those days when even New York turned away the Children’s Ark
with words not on the torch of Lady Liberty,
in those long years when Pound was busy broadcasting his broadcasts
in Italy in English all about the kike;
and difficult good deeds do have to go for something with the Lord.
If the Lord God will not remember stubborn righteousness, who will?

So now God lives in China, in Shanghai.
His address is not easy to explain in English.
You really have to go to understand.
First God lived in Putuo
making Chinese steam buns but
he got tired explaining to the people
what it was he had against the using of the pig for meat.
The more you say the less they understand!

Then God moved to Minhang and there he went to work
at the new chemical plant, back in the eighties,
or maybe seventies (this part of the chronicle is dark),
where he worked peacefully as the day-watch security guard,
watching nothing happen
for almost thirty years on end
until he even got into the taste
of eating three pork buns for breakfast, three rice meals a day,
drinking white alcohol, riding a scooter, chatting on QQ,
playing Mahjong with his three friends on Friday nights for money
and studying in his time off from all these things
the Book of Tao and the I-Ching.
But then they found out he was into Falun Gong,
sent goons to break his windows, killed his cat
and bullied him at work with nasty looks and silence till he left.

Now the Lord lives in New Pudong District
half-way on the way to Disney Resort,
like Chaucer back from Canterbury at the Inn,
in one of those old houses no one wants, works
as something like a farmer, keeps a dog,
is friends with Liu Shaoqi the ghost
and does not own a phone.

Considering all things as they most are,
God is to be feared, not language
and fear of words betokens secret guilt.

I gather emptiness into my hand
to make a world of truth
out of a world of silence.

Spilling the blood of Sabbath-days
in ink and smart-phone data
I feed the Chinese language
teaching it to eat.

And that is why
you hear me laughing
in a fake voice
about the holy things. 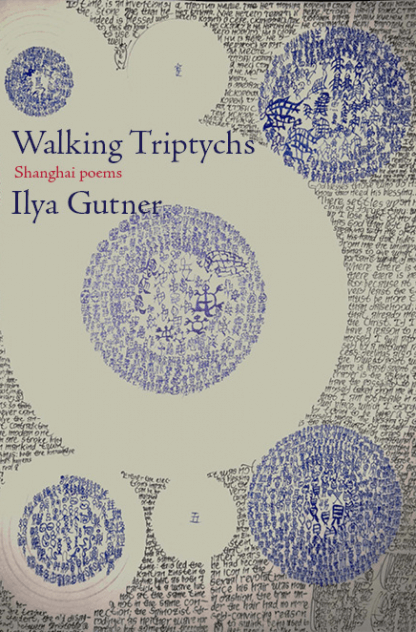