On Chof Av, the Yahrzeit of Rabbi Yosef Yitzchak Schneersohn, the sixth Rebbe of Chabad, we introduced you to a related poetry collection on Twitter. Now you get to read it in handy blog post format!

Allow us to present INTO MY GARDEN by David Caplan. 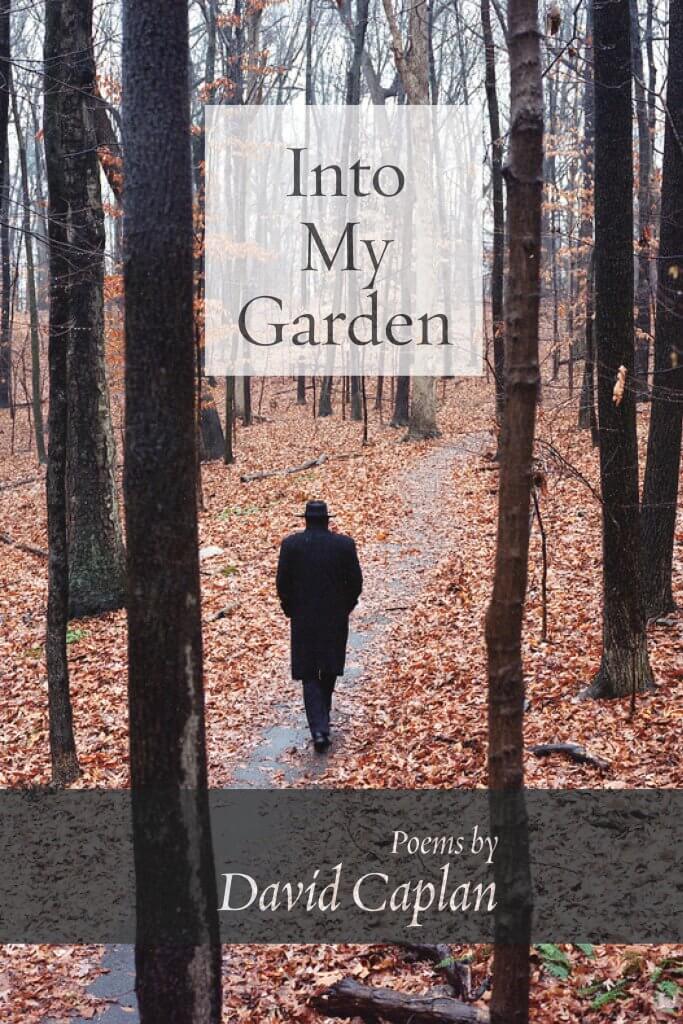 This collection was titled after the classic Chasidic discourses named Basi L’Gani, “I have come into my garden”. This is a quote from Song of Songs:

The sixth Lubavitcher rebbe, Rabbi Yosef Yitzchak Schneersohn, expounded at length upon this quote. These discourses are called ma’amarim (singular = ma’amar) in Chabad-Lubavitch. The rebbe discusses Chasidic mysticism at length, in front of a (usually large!) audience. Here is a video where you can get an impression of what it is like to be in said audience.

Now! What does this have to do with poetry?

The Song of Songs is obviously poetry 🙂 But David Caplan also writes poetry about his experience in Lubavitch – including studying this maamar, watching other people study it, watching other people watch videos… This sounds very meta. It is in fact very meta. But it’s like this in Chasidism itself: there are maamarim about this maamar by the seventh Lubavitcher rebbe, Menachem Mendel Schneersohn. (He’s the one who people think of these days as “the Rebbe” of Chabad.)

I’ll share a poem because I feel like I’m giving all this abstract exposition, when Caplan’s poems are actually very immediate & sensory…

Into My Garden (II)

All week they studied what he is about to say.
Born after his death, they want more than stories,
want to feel how it felt to be in that room,
stand with the old men he blessed for long life and listen.

Under the white tablecloth, a handkerchief
wrapped around his hand bound his soul.
I have come into My garden, My sister, My bride…
Projected across the study hall, downloaded
and captioned, he closes his eyes and explains.

This is a moment that’s going to be familiar to people who are associated with Chabad in some way. I spent a decade attending the synagogue of a Chabad yeshiva, so it was both immediately recognizable AND a revelation: This moment can be something that appears in poetry?

Caplan has moment after moment after moment of Lubavitch life, Orthodox life. Poems about prayer. About studying in the study hall. About watching young yeshiva bachurim horse around. Not exoticized, but presented through the gaze of someone who did not grow up there, but ended up belonging there (Caplan talks about growing up Conservative elsewhere).

And with the best tools that American post-modernist poetry has to offer. Let me show more…

A night of snow no one expected.
This late the study hall sounds different,
the same words said again, dark and glowing,
a window scratched with its mistakes.
Everyone knows God controls the universe,
my study-partner translates without a pause.

Even the thief prays for success. To know
what you feel, not what you ought to feel,
is there anything harder? At the airport,

a man with The Book of Genesis
tattooed down his leg boarded in front of me,
and I couldn’t help but wonder how it would feel
to have those words that close.

Caplan has a contemplative gaze that he turns upon himself too:

To get religious—what does that mean?

Sometimes it all feels like an improvisation:
the snow lifting from the tracks,
a hardboiled egg wrapped in foil, an extra
sandwich in case he meets someone who needs it.

He’s very aware that a good chunk of his readership is secular. But he goes on to write poems about prayer, and not just that; Jewish prayer. Mindfully, carefully, but also unapologetically.

Rain claws the roof.
Embarrassed to be heard, we need

to be answered. Too late for good manners,
each prayer jostles to break free.

And that makes you face yourself. (At least it made me face myself.) Why cannot this be done? Here, it can absolutely be done. Not only that, but it feels like it needed to be done; these poems needed to come into the world. (Like Chasidim would say about a maamar…!)

This is what covenant means: each night
he carries home
a briefcase no more than a brown paper sack

stuffed with names to pray for.

The night’s symbols have performed their obligations:
the eggs smooth with salt water, the unleavened bread,
the pillows we lean into like a question.

And Caplan has the same quiet thoughtfulness about the world around him as a whole. Not just when you are packed in with a bunch of people and doing Something Religious, but in the everyday –

Memory halves whatever it touches:
the harbor cleared of pleasure boats,
the pier ending before the dock.

A man too small for his clothes
leans into the story he tells,
the boy beside him, listening.

– from “Memory halves whatever it touches…”

No tide pools, no couples on the beach
where my parents met,

only whitecaps lifting into themselves,
bowing and lifting,

until each blurs into something else:
rocks pink with crab shells,

Boys dressed like men race the stairwell as if to the singing,
as if to hear what My garden means:

And one more, “Old Recording” –

I know how to pray but not like this –

in the old recording, he repeats the blessings
we repeat three times a day,

his familiar accent and cadence, urgent and assured,
naming what is missing when I say

the same words, the certain knowledge
that each word needs to be said.

If you enjoyed this, the book can be all yours for under $10! (with free shipping too…)

“Other poets have made American poems from Jewish interpretive traditions; Caplan stands out in that he makes poems about the present-day people who try to live by those traditions.” – Stephanie Burt