The Book of Samuel

What is really going on in the Book of Samuel? What is the significance of Hannah’s prayer? Why does Saul lose the kingship? What is the meaning of David’s relationship with Avigayil — and with Batsheva?

“King David is not chosen because he comes from some great family, or because he went to all the right places and knew all the right people. He’s not presented as being tall, or beautiful. He is chosen for himself, on his own merits.”
— Rabbi Nathaniel Helfgot, “King David, The Early Years”

“Despite her seemingly ulterior motives in the way she first encounters David, I think we can still view Avigayil as having performed a glorious and holy act. She saves David from becoming a murderer. Maybe if she had been around, she could have saved the city of Nob and even Saul. Who knows?”
— Rabbi Avi Weiss, “David and Avigayil: Love and Values”

“In Genesis, certainly, having two wives is a prescription for domestic disaster. It doesn’t work out any differently for Elkanah.”
— Rabbi David Silber, “Hannah’s Prayer and the Meaning of Samuel”

“The main question for educators is, are you prepared to meet students halfway – where they are, without waiting for them to come to you? A judge has a responsibility to go to the people and mix with them.”
— Rabbi Yehuda Felix, “Why is Samuel Read as the Haftorah on the First Day of Rosh HaShanah?” 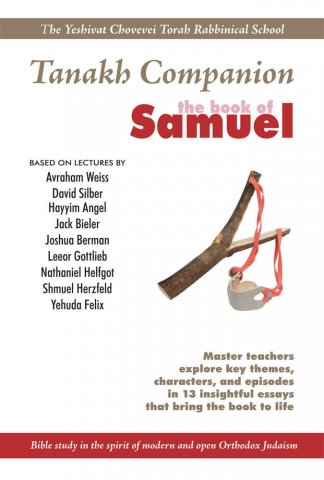