Poems from a year of mourning

“Intimate and meditative, Shiva Moon has the quality of prayer, yet it’s also the journal of a harrowing year, filled with mourning, recollection, and a struggle for spiritual equilibrium. With her celebrated gifts for pictorial and lyrical language (leavened here with Hebrew terms), Maxine Silverman enters the darkness of her beloved father’s death and seeks a way to accommodate his loss. Everything around her keeps changing: the moon, her garden, her children, even her absent father who grows more vivid with memory. The only constant is the momentous presence of God, glorious but silent. This is a wise, moving book for every reader—and a necessary book for anyone who’s known loss.”

Maxine Silverman is the author of Palimpsest (Dos Madres Press) and four chapbooks: Survival Song, Red Delicious (in Desire Path, the inaugural volume in the Quartet Series from toadlily press), 52 Ways of Looking, and Transport of the Aim, a garland of poems on the lives of Emily Dickinson, Thomas Wentworth Higginson and Celia Thaxter. Winner of a Pushcart Prize and honorable mention for Nimrod/Pablo Neruda Prize for Poetry, she has published poems and essays in journals (among them Lillith, Natural Bridge, Nimrod and you are here: the journal of creative geography), anthologies (including Voices from the Ark: the New Jewish Poets and Pushcart Prize III), and Enskyment: Online Archive of American Poetry. “Life List” is inscribed on granite at Edmands Park in Newton, MA–her most unusual publication thus far.

A native of Sedalia, MO, she now lives in Nyack-on-Hudson, NY, with her husband and garden. They are parents of two grown sons. In addition to poetry, she creates collage, bricolage and visual midrash. Her website is www.maxinegsilverman.com.

"What I Learned So Far"

When Ellen says my poems these days seem one seamless Kaddish,
I hear she understands the six months
before my father died were raw keen k’riah.

How June’s visit home I see his death
forming in the air he breathes.

Why every evening I call him
until there’s nothing left to say,
until all that remains—the sheer
pleasure of his company.

Elul. He weakens before my eyes,
no shofar blast required.

Tishri. We daven
repetitions to dwell in meaning: who shall live
and who shall die, who in the fullness of years

We cross into wilderness, a new year,
pillar of fire before us, the old, the weak, the infirm
to the rear, Amalek plucking them one death
at a time.

Reservations for December.
My father says, “Come right now.” and I do.

A way is made.
Gathered to his people,
a story old as time.

Umbra and penumbra,
perigee, when to plant a tree,
Kaddish deRabbanan,

in other words, the winter hexagon,
one of those fabrications
for plumbing the fathoms of night.

Specialized bodies of knowledge,
disciplines,
require their own language,

grief’s aleph bet,
the jargon of mourning,
a grammar of loss and longing
in the context of love v’kavanah.

I learned palimpsest is richer
than irony to convey shades
of meaning,
k’riah or any visible sign
of mourning are not worn on Sabbath,
pentimento may explain
faces of people “not there,”
zachor—a life’s work.

“Maxine Silverman has a terrific ear for our language… Her mostly longish lines are lush and musical… One does not make that kind of music by accident. Even her syntax is musical (as it should be!). Read her poems, reread them out loud!”
— Thomas Lux

“Her rare combination of subtlety and gusto of description make each poem a guided meditation into the splendor of the lived life.”
— Molly Peacock

“Maxine Silverman writes, ‘how it begins, evil / pedestrian / as a morning walk.” While Palimpsest is about life’s unfairness, it is ultimately about life’s lovely rituals, its history braided out of pain and hope, its relationships. While certainly all of our lives could have gone a different way, Silverman underscores … the seeming inevitability of the one we have lived, its symbolic resonance, its importance all along the generational path. For those who are interested in behaving tenderly to the human family and transcending life’s hardships, it is a must-read.”
— Kim Bridgford

“Families, nature, the body, artists as different as Romare Bearden and Irina Ratushinskaya: in the poems of Palimpsest, Maxine Silverman`s imagination draws these diverse strands into a dense matrix of kinship. Remembered scenes and familiar actions are seen anew, in the insistent glow of “a thousand most tender metrics” (“La Natividad.”). The fleeting is made permanent, newly named with “some sound that fills the clearing with light” (“Daybreak, the Doe, the Trees”). These are visionary poems of heart but also of spirit. Each is a reckoning with wonders concealed in plain view, and Silverman is a poet assured in her calling, who knows (as she says in “Morning, Possum”) that “Today,/ …was given me for this and no more….”
—Ann Lauinger 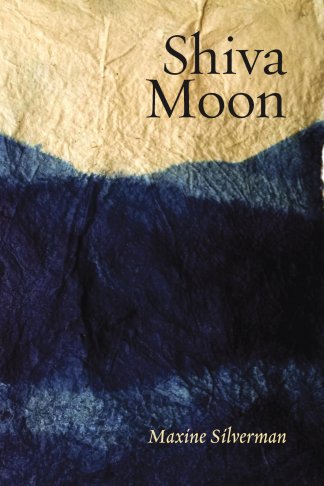