Alternate Histories of the Jewish People

Is anything more Jewish than stories of alternate history?

After all, at the center of the traditional Passover Haggadah lies a concise story of alternate history:

Other Covenants features over 150,000 words of stories and poems from 30 authors, and comes to about 400 pages in print.

In Other Covenants, you’ll meet Israeli astronauts trying to save a doomed space shuttle, a Jewish community’s faith challenged by the unstoppable return of their own undead, a Jewish science fiction writer in a world of Zeppelins and magic, an adult Anne Frank, an entire genre of Jewish martial arts movies, a Nazi dystopia where Judaism refuses to die, and many more.

Andrea D. Lobel is an ordained rabbi with a Ph.D. in Religion. She teaches Religion and Humanities at Carleton University and serves as a Jewish Studies teacher and rabbinic mentor at Darshan Yeshiva. In addition to her academic teaching and research, she is an award-winning writer and editor. Her research and publications are focused on the history of religion, science, and magic, with an emphasis on astronomy, space exploration, and artificial intelligence in religion. She also researches scientific and mathematical knowledge transmission between Judaism, Christianity, and Islam. 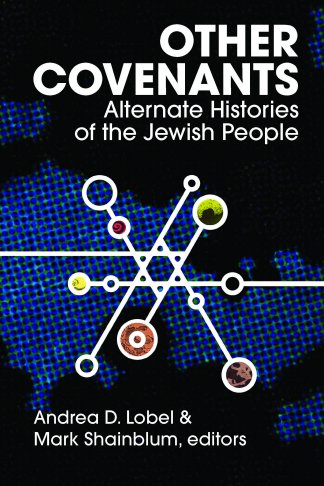 You're viewing: Other Covenants $24.95
Add to cart